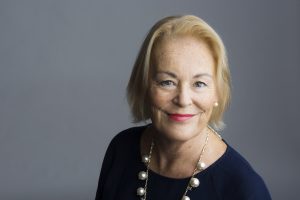 We all know how challenging parenting can be at times despite our best efforts. Parents are aware they carry huge responsibility and want the best for their children in the great majority of cases.

Psychology has always focused on children`s development and is constantly conducting research to enhance our understanding about how to support our children in order to enable them to fulfil their potential to live as functioning well-balanced adults in the future.
You`re probably already aware how praising and rewarding your child`s effort rather than their success at completing a task is recommended, in order to enhance your child`s motivation.

However, recent research conducted by Stanford University psychologists, reported in the scientific journal Psychological Science, has suggested that parents who saw failure as an opportunity to learn tended to have children with a `growth mindset`, whereas parents who saw failure as more negative and bad for learning tended to have children with a `fixed mindset`.
The reason this is so interesting and potentially important is that we already know mindset can heavily influence future outcome. For example if we think we`ll never be able to achieve something, we probably won`t achieve it – in other words if we think our intelligence or ability is fixed, it becomes socialised and acts like a self-fulfilling prophecy.
Surprisingly this study suggests that parents`mindsets `fixed`or `growth` do not seem to be related to their children`s mindsets. This is because children can`t tell what mindset their parents have. Instead what emerged from this study is that children`s beliefs about their ability are associated with how their parents`view failure.
Importantly, the researchers concluded that parents who believe failure is a debilitating experience have children who believe they cannot develop their intelligence.
So, if your child fails at a task, it`s probably wise to check-in with your own views about failure first and if they`re negative perhaps try to review them. Try to see failure as potentially beneficial instead, in that it offers opportunity for growth.

As you probably already know, resilience and coping with set-backs is a necessary tool involved in adults` ability to attain success. Rarely are goals achieved without a set-back. Now we understand more about how influential a role our own responses to failure are in terms of determining our childrens` potential for success. 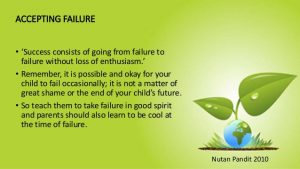