We have known for years that many possible factors play a role in mental health and there are various proposed antidotes to improve upon it. This can span to a nutrient rich diet, adequate exercise, building a good support system and altering other lifestyle components. But new research has been demonstrating that one nutrient in fish might actually be more effective against depression, anxiety and other mental health conditions than the traditional antidepressants and other mood stabilizers. The nutrient is an omega-3 fatty acid called EPA (eicosapentaenoic acid). Omega-3 fatty acids are also known for contributing positively to overall general and physical health, as well as cardiovascular health.

The American Heart Association recommends people eat fish at least twice a week, which, on average, would give individuals the recommended dose of 500 mg of DHA (docosahexaenoic acid) and EPA daily. But most adults and children get closer to 100 mg or lesser than this recommended intake.

Numerous studies have shown that there is a link between anxiety, depression and low blood levels of Omega 3 fats; and empirical facts support this as research reports statistics of much lower rates of depression and anxiety in countries where fish consumption is high. Reported in the Archives of General Psychiatry, scientists administered daily doses of EPA to a group of patients with chronic depression. Three months later, more than 75% of patients reported a 50% reduction in their symptoms—predominantly emotional states of sadness and pessimism, inability to work, insomnia and low libido. All patients had previously tried other medications, including Prozac, other SSRIs and tricyclics.

Studies on ADHD demonstrated similarities. These fatty acids participate in brain development and are necessary components of brain cell plasma and membranes. As such, scientists believe that essential fatty acids may contribute to the absorption or release of neurotransmitters – i.e. chemical signals – between brain cells, which has many implications for people struggling with attention-deficit/ hyperactivity disorder (ADHD) or similar symptoms. Additionally research also found that children with ADHD have lower levels of omgea-3 fatty acids in their blood, compared with kids who don’t have the condition.

Although current research is promising in this area, the pure dependence on these omega fatty acids in replacement of everything else is not advisable but it will be a good idea to incorporate these supplements into one’s diet even for general overall health.

Many of us struggle with stress and overwhelm from our extra busy, fully packed professional and personal lives. It is also often difficult for people who need it the most, to find the time and energy to do time-consuming self-help exercises. The following exercise is a concise and relatively easy way to include bite sized self-care and mindfulness amidst your daily hustle bustle. These are all simple activities, but when done consistently and consciously, can provide a welcome breath of relief and inner calm in navigating through a chaotic outer world.

The exercise is to include MINDFUL PAUSES in your day – not just at the beginning or end of your day, but at regular intervals through the day. You are free to determine the frequency of these pauses based on your schedule, but ensure that you put them in your calendar, set a reminder and as much as possible plan your tasks around it. Ideally, take a break for 10-20 minutes every 2 hours. The concentration span of the human brain is limited so if 2 hours seem too short, think again as by then your brain would already be fatigued and aching for a break.

During the mindful pause:

When you have a lot on your plate, it can be difficult to imagine taking out 10 precious minutes from your already crazy, stretched thin schedule. However, in all likelihood you will find yourself lighter, fresher and more productive at the end of this short break, enabling you to engage with the rest of your life with more energy and positivity.  Give it a try!

About 3 weeks ago, the results of the latest PISA international comparison study’s chapter on well-being were released. As usual, in the main part of the study, released last year, Singapore did extremely well. In fact the 5825 Secondary 3 and 4 students, including 290 students from International schools and Madrasahs, came top in reading maths and science, an amazing achievement. But now we learn that Singapore is also third from top in a less happy ranking: our students are more anxious about grades and tests than comparable countries, they are more anxious to be one of the best in their class, and they also report more ridicule (verbal bullying) and more ostracism (being intentionally left out by peers) (the detail is readily available on the web and from various reports on ST 20.08.17 and 27.08.17).

The Singapore Ministry of Education was concerned and said it was working to reduce the stress around PSLE and to training school staff to be aware of bullying issues. However, it also suggested caution about interpreting the results: the questions may not mean quite the same to students in different cultures. The MOE was also quoted as saying (ST 27.08.17) “Research has shown that stress at appropriate levels can be a motivating force to energize us for the challenges we face… While we are encouraged that our students are highly motivated to learn and achieve, we are cognizant that this must not come at the expense of their well-being. Hence, we put in much effort to help students understand the meaning of their learning, instead of just focusing solely on their achievements.”

It is salutary to be reminded that there may be a considerable price to pay for striving so hard for academic excellence, and that students at all ages continue to need to learn to support each other as well as better themselves.

Counsellors and psychiatrists are reported to be seeing more stress-related problems here in recent years. The support they provide is probably only a small fraction of what schools, parents and Singapore’s leadership can and must do. I welcome your thoughts and comments – in a busy world of many voices, what are the most important things we can do individually, as parts of families and as members of school and larger communities to help our students deal with their social relationships and anxieties? 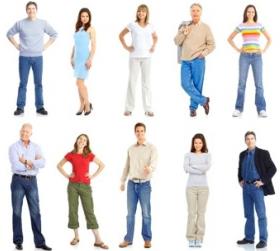 Do you ever have to think about how to brush your teeth in the morning or how to tie your shoes before you leave for school or work?  I’m guessing no.  This is because over the course of your life you have been doing these activities so often they have become part of your procedural memory –they happen automatically.   Just like the language you speak and riding a bike your brain is wired to just “know.”

Our body posture, how we carry ourselves, the way we hold tension, and how we communicate nonverbally are also procedural memories.  The patterns of our early childhood experiences and the messages we received have influenced our body to adapt to those environments. For example, someone who grows up in a family where achievement and trying hard are valued may tense up often in preparation to work harder or they find the extra energy to keep going and ignore body signals like tiredness and hunger.

When repeated over the course of childhood, these patterns can become habits in adulthood.  Our body has the intuition to guess that the future is going to be the same as the past.  This also includes the beliefs we hold about ourselves and in relation to others such as “I’m only as good as the university that accepts me” or “the more hours I put in the more I am valued.”

Sometimes what has worked before to gain the approval of those who cared for us becomes maladaptive for the present.  Going back to the example before, a person who is consumed by their work may have a low immune system, resist asking for help or have a hard time being emotionally available in relationships.  This can manifest into issues like depression, anxiety and relationship breakdown that often get presented in therapy.

By tuning into our bodies, we can start to attend to those patterns of being and relating that are not useful today as they were back then.  Just like we can learn to play a new instrument in adulthood with lots of practice and persistence we can also change old procedural memories to become more adaptive to our lives now.

Therapy interventions like Sensorimotor Psychotherapy (sensorimotorpsychotherapy.org) developed by Pat Ogden and EMDR Therapy (http://www.emdr.com/) developed by Francine Shapiro are two types of evidenced based approached that integrate both the body experience with thoughts and emotions for sustainable change.  These approaches are both available at SACAC Counselling.

Most of the parent-teen communication problems stem from their opposing parent and teen life development roles. The parents’ job is to insure the safety and welfare of their children, which imposes a certain amount of control. Teens’ job is, on the other hand to thrive to separate from their parents in order to determine their own identity. In this case, a healthy communication remains the best way in strengthening parent-teen relationship.

Active listening is a crucial ingredient to improving communication with your children. Your children will get the message that they are important enough to have your full attention. The process includes the following components, easier said than done, yet practice remains the only way to master it:

To put it all together, active listening will sound like this: “If I understand, you are sad because your friends have decided not to befriend you anymore and that breaks your heart. Am I right?”

If your teens agree that what you heard is what they said and they have asked for an answer, give one but refrain from fixing the problem (offer your help instead)

Learning to communicate in a manner that can be heard by your teens requires lots of practice (with some mistakes), patience and persistence. Lack of a healthy communication with your teens, on the other hand, will lead to an ongoing tension and platonic relationship in the family. It may be helpful to seek the support of a mental health professional if you experience frequent communication issues.